One of the things I still find a little backward and unnatural to use in Swift is the Target-Action pattern.

You can avoid this for the most part if you're using interface builder and you have all of your actions hooked up with IBOutlets.

Apple did eventually give us #selector. This added type safety and code completion, but that hardly feels like a real solution. You still have to use the @objc flag to expose the called methods to Objective-C, and the syntax is a little ugly. It certainly doesn’t feel Swifty…

Closures are Swifty. So let’s add some of those!

We’ll start by setting up our wrapper class and begin filling out our extension with some boilerplate. This will help us get around the stored property restrictions we currently have with extensions in Swift.

So for UIBarButtonItem, what we're going to do is create a new convenience initialiser which will do some extra setup before calling the designated initialiser.

Add the following code to the bottom of the extension:

We start off by calling self.init, apply our title and style, but leave target-action empty. Afterwards we store a reference to the passed in closure into our targetClosure that we created earlier.

Then finally the action property on UIBarButtonItem is set to a selector, which will run the closure stored in targetClosure any time the action is triggered, such as tapping the button.

Under the hood the same operations are happening, so all we've really done is add a little extra layer of abstraction. One huge benefit here is that you now have access to a central area to run some other reusable code such as logging button presses, or capturing analytics.

This is how you can now set up your UIBarButtonItem.

I feel like that looks much better and far more useful. You can now call multiple functions within the closure. You get a reference to your button object, and also access to other code within the same scope.

Thats great but the title of this article mentions the plural — buttons. So let's explore how we might add a closure to as many objects as we can with the least amount of repeated code.

As mentioned earlier, it's this class that UIButton inherits from. There's actually quite a few subclasses for UIControl including UISegmentedControl, UISwitch,  UISlider, and it's also from this class that you should be creating your custom controls. Adding the closure extension at this point would cover all of its subclasses.

So let's do that!

This code is almost identical to what we created for UIBarButtonItem, with just a few names changed around. We also removed the convenience initialiser, and created a new addAction function that accepts a UIControl.Event type.

This is how you use it.

I'd love to replace the UIControl return type for the closure with a generic. So for addAction on UIButton we would have access to a UIButton in the closure, and not UIControl. You don't need this though. In fact, you could clean things up even further by removing the type from the closure altogether. In most cases you'll have access to the control anyway, in the above example, it's local. In most code bases, these controls will be properties on the class, and therefore accessible from anywhere. Instead, I've gone with a similar approach to how I believe Apple would have done it. 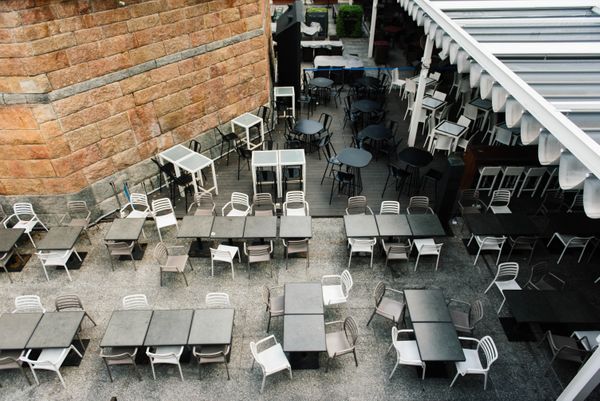 Dequeuing and registering cells for table and collection views has always been a little bit messy. UITableView was first released in iOS 2.0 and we have seen some significant improvements to the API since then.